In 1945 he started planning the residential development of Jardines del Pedregal.
In 1947 he built his own house and studio in Tacubaya, Mexico City.
In 1950 he made the urban planning of Jardines del Pedregal and erected the Casa Prieto López in the volcanic fields of El Pedregal
In 1955 he rebuilt the Convento de las Capuchinas Sacramentarias in Tlalpan, Mexico City
In 1957 he planned Torres de Satélite (whose iconic towers he created in collaboration with sculptor Mathias Goeritz and Jesus Ferrerira) and an exclusive residential area, Las Arboledas, a few kilometers away from Ciudad Satélite.
In 1967 he created one of his best-known works, the San Cristóbal Estates equestrian development in Mexico City.
In 1975 he developed Casa Gilardi considered as his testament work.
In 2004 his house was listed a UNESCO World Heritage Site. 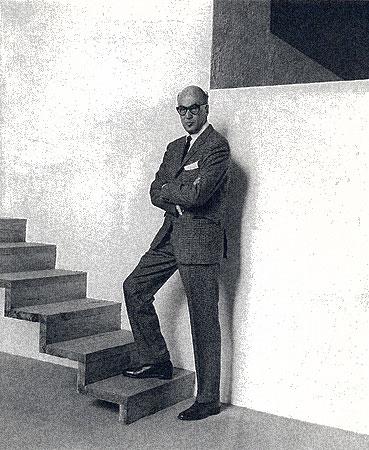